During the last three days, I joint the Very Inspiring Personality (VIP) Workshop held at UAE University organized by UAEU Science & Innovation Park, 3rd - 5th September 2016. We met three VIPs who told us about their inspiring stories from zero to success and how they overcome failures.
The first one was  Sadaffe Abid. She is one of Pakistan’s most successful businesswomen. She was the chief executive of the Kashf Foundation, one of the largest microfinance institutions in Pakistan, growing it from a pilot project in two rooms, to serve 300,000 female clients with micro-loans. Ms Abid also co-founded the Foundation, a Pakistani start-up that enhances financial access to micro entrepreneurs.
The second one was Sabriye Tenberken. She lost her sight slowly as a child due to retinal disease. In 1997, Sabriye travelled to Tibet alone in order to assess the situation of the blind there. Returning in 1998, she founded the Centre for the Blind in Lhasa, the capital of Tibet, to educate blind people. Before that, blind children had not been able to attend school in Tibet. The school started with five children, with Sabriye initially teaching the children herself, as well as serving as coordinator and advisor. She then began training native Tibetans as teachers, selecting and supervising all staff-members of the Centre.
Finally,  Roland  Schatz, he started his career as a journalist and worked in Germany‘s leading opinion research institute before founding Media Tenor International in 1993.He opened the ﬁrst Arab Media Institute in 2007 at Emory University.
This workshop and the stories of the three VIPs increased my in and gave me the ability to face life difficulties. I have learned a lot of things these three days. First, things impossible until it is done. Also, I liked the attitude of Sabriye who traveled from Germany to Tibet alone and was able to change the mind set of blinded children and their families and how they became proud of them where blindness was considered a punishment by God.
This workshop was a very amazing experience that will definitely change my life. 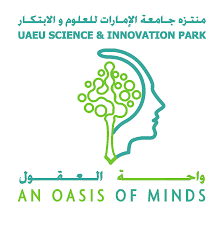